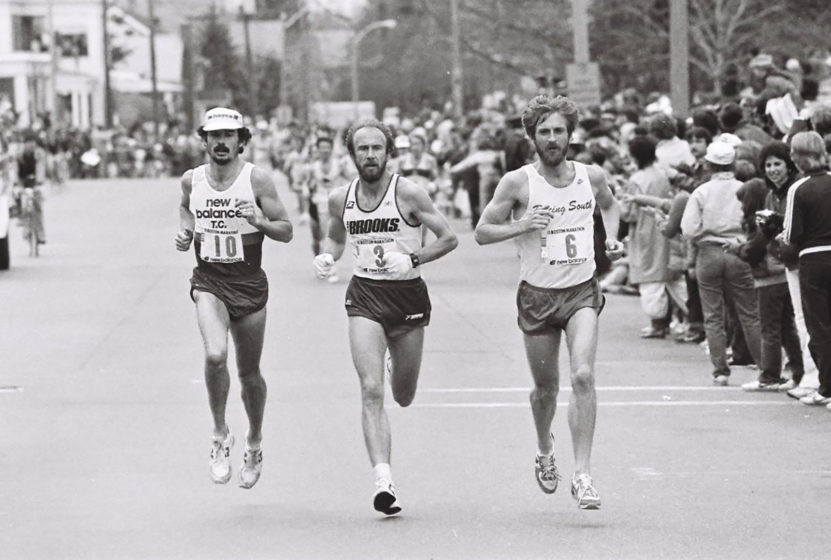 Boulder race timing expert Benji Durden (above, far right) is one of the best and most prolific marathoners in American history, recording 25 sub-2:20 marathons in less than a decade. Durden earned a spot on the 1980 U.S. Olympic marathon team by placing second at the U.S. Olympic Trials, but he was deprived of the Olympic experience because the U.S. boycotted the Moscow Games. His lifetime best of 2:09:57 came with a 3rd-place finish in the 1983 Boston Marathon. Durden has continued running marathons into his 60s, becoming a member of the 50 States Marathon Club and the 100 Marathons Club. He holds the longest duration between his first marathon win, the Carolina marathon in February 1977, and most recent win, Texas Quad: The Waddle in November 2017—a span of 40 years, 292 days. But perhaps his most amazing factoid is that he logged 190 miles of running during a single week in November 2018 at the age of 67. Benji was inducted into the Colorado Running Hall of Fame in 2009.