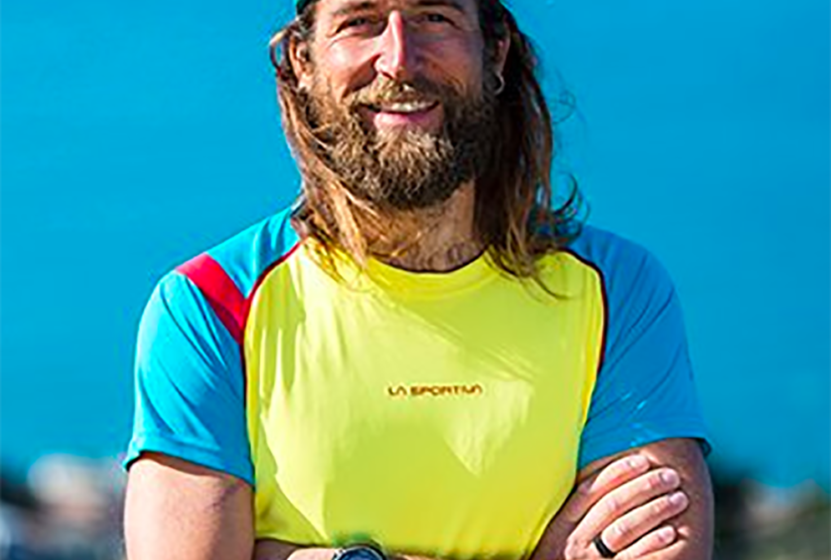 Anton Krupicka is a two-time winner of the Leadville Trail 100 (2006, 2007) and has won numerous other ultra-distance races, but in recent years he’s also been known for combining up his athletic talents in the mountains on endurance-oriented adventures. Last summer, the La Sportiva-sponsored athlete set a new fastest known time (FKT) in the Boulder-Longs Peak Duathlon—riding from North Boulder to the Longs Peak Trailhead, running to the base of Longs Peak, scrambling up the Cables Route to the summit, then retracing his running and cycling back to North Boulder in 7 hours, 5 minutes, 10 seconds.